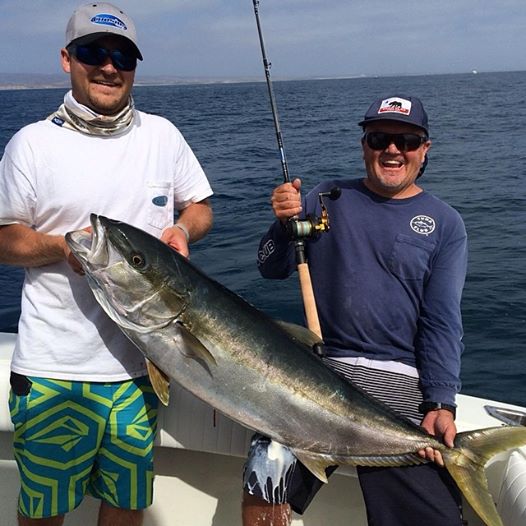 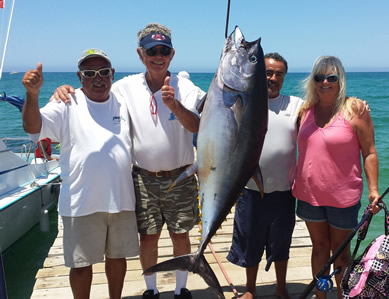 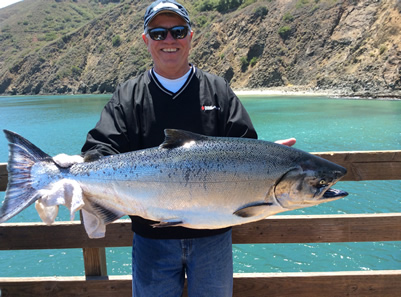 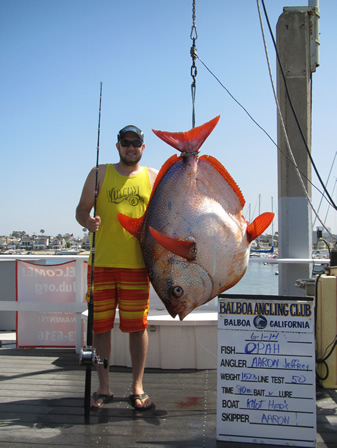 Making the crossing back from Catalina--- yellowtail fishing and got em'--- but the bigger news -ELVIS - of seeing a big Swordfish right on todays slack tide in the Shipping Lanes-- having not the bait nor the tackle they just watched-- Stand By!

Could 'a. would 'a should' a-- that's what we said after weighting in the 65.0 White Sea Bass taken this morning by Mike O. fishing under the 30lb tackle category it would have topped the BAC's fish board for the year- beating out Vicks 59 fish from yesterday and just shy of a club record on 30 be a couple of pounds--- ---Could 'a. would 'a should' a- paid up my BAC dues for this year--- sorry-- doesn't count--- - a lessen to be learned-- all the time money and efforts, really not, for nott cause he's really out just for the fishing-- but it would'a, should'a 's and could have been a BAC winning fi

Stayed good for all day-- seemed like it was going to switch and come around from the west but it didnt, stayed southwest all day- --just right -- didn't made the run for nothing--- came up with a nice 59.6 lb WSB caught it on 12 IGFA line-- not quite a BAC Club Record but close-

And potential World Record White Sea Bass is coming into the club today . pending WR on 6 lb test line- the old one is 51 lbs and 5 oz-- this one's to challenge it! Vick Sommers solo again-- damn good angler - Standing by for photos and weight- JD 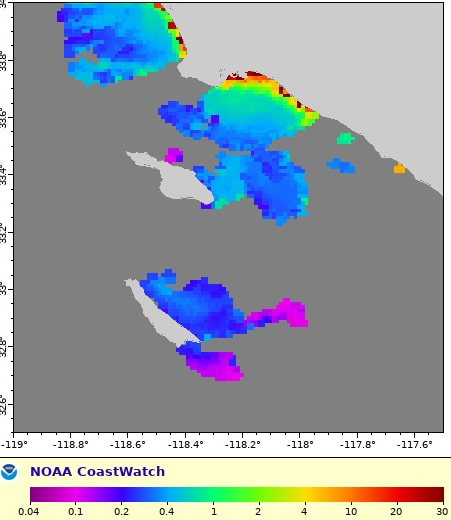 it-- didn't want anything--

E-Mail --- Hi JD, We had a great day of fishing aboard the Rail Time. We left Tuesday about 6 PM went over to Catalina made squid- and had a great night bite on the Yellowtail. All nice fish they were all from 20 to 35lbs. Went out by the 43 in the morning and we great Bluefin and retruning boackover the 181/ 182 had a great Yellowfin bite. They were 25 to 44lbs. Total score 18 Yellowtail, 5 Bluefin and 12 Yellowfin. Great time on the RailTime for all!

Hi JD, Morgan and I got these yesterday. Dorado was between the 267 and 277. Yellowtail was in the Shipping Lanes